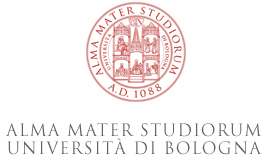 The University of Bologna, Almost 1000 years old, is known as the oldest University of the western world. Nowadays, UNIBO still remains one of the most important institutions of higher education across Europe and the second largest university in Italy with 11 Schools, 33 Departments and about 87.000 students; it is organized in a multi-campus structure with 5 operating sites (Bologna, Cesena, Forlì, Ravenna and Rimini), and, since 1998, also a permanent headquarters in Buenos Aires.

With regard to the capability of attracting funding, UNIBO is very active both at National and European level. At European level, with 91 million Euros from FP7 and other EU funded programs (268 projects funded in 2007-2013; in 56 of them UNIBO was coordinator) UNIBO is the first Italian university for the attractiveness of European funding for research, 31st in the European ranking of institutions of higher education. UNIBO is also affiliate partner of the EIT KIC “EIT ICT Labs”. At National level UNIBO ranks second for competitive research funding from the Italian Government.

At the University of Bologna, activities related to European funding programs are supported by the European Research and Innovation Office. With about 30 people, organized in 4 thematic units plus another unit specifically devoted to ERC and Marie Curie programs, the office assists research groups in the whole project lifecycle: networking and lobbying, consortium building, proposal preparation, negotiation and project management. The European Research and Innovation Office steadily cooperates with the Knowledge Transfer Office, supporting the IP protection and exploitation, and the take up and commercialization of project results.

The activity of the University of Bologna will be conducted within the Department of Electrical, Electronic and Information Engineering (DEI), some of the strongest centres for Embedded system and distributed monitoring and control. Within DEI, the research activity of the group in this project focuses on: (i) portable and non-intrusive load monitoring systems; (ii) Hardware-software design of digital architectures for low-power data processing and transmission of energy measurements.

Within the FLEXMETER project, UNIBO will mainly contribute on: