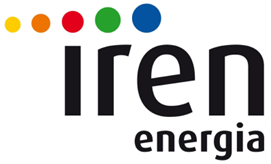 Iren Energia is the company in IREN Group operating in electric and thermal energy production.

The Iren Group is made up of the industrial holding company Iren S.p.A. and five fully controlled business companies, operating in their specific sectors both directly and through companies that they control or in which they hold a share.

Iren Servizi e Innovazione has consolidated experience in the fields of global services and monument lighting.

Due to the technological know-how inherited from Iride and Enìa, Iren Energia pursues the goals of sustainable development and environmental protection, quality and continuous improvement, technological innovation and the efficiency of all services provided, making its contribution to the development of the areas in which it operates and directing its efforts towards fully satisfying its customers, shareholders and the general public.

Within the FLEXMETER project, IREN will mainly contribute on: